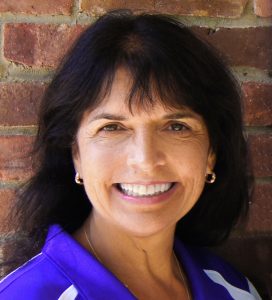 Judith Leblein Josephs, CPRA, RA, has been a featured speaker at conferences and training seminars across the United States for many years. After 20 years in the public sector, she was with the firm of Water Technology, Inc., for 12 years as a Marketing and Operations Consultant. She returned to public life in 2007 as the Director of Community Programs for the City of Summit, N.J. until her retirement in 2019. Under her leadership, the Summit Family Aquatic Center grew into one of the most awarded municipal pools in the country. She is now President of JLJ Enterprises LLC. Known internationally as a speaker and author, Leblein Josephs’ specialty in marketing and promotions, has proven quite valuable to her clients. Her novel approach to marketing has won her numerous state, national and international awards. She has repeatedly won the WWA’s Best Speaker award and was inducted into the WWA Hall of Fame in 2003. She recently earned the distinction of being awarded all of the WWA major awards with the addition of the Kelly Ogle Memorial Safety Award in 2019. Leblein Josephs served as host for the WWA General Session for years, along with many celebrities including Mickey, Minnie, Goofy and Donald Duck. She has hosted the Ready, Set, Go! Workshop for WWA University for more than 20 years. She has a trophy case filled with Wave Review Award plaques to prove her concepts do work! Leblein Josephs has added author to her resumé with the publication of her first book entitled Aquatic Center Marketing, published by Human Kinetics Publishing. She also had a career both in television and talk radio in New Jersey. Leblein Josephs has a knack for making learning a memorable and enjoyable event.