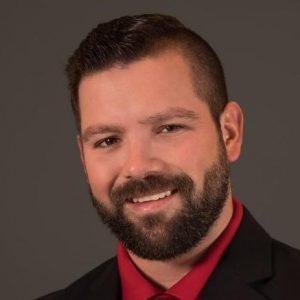 Brian Szydloski is an experienced Aquatics Director and Safety Coordinator with a demonstrated history of working in the hospitality and water park industry. He is a strong operations professional skilled in water park operations, hospitality management, and water park development. Along with that, Szydloski is a Certified Pool Operator and Certified Lifeguard Instructor. He joined the aquatics industry in 2007 with Great Wolf Resorts. While at Great Wolf Lodge- Grapevine, he held many positions in the water park over the span of 11 years. His positions included Lifeguard, Aquatics Supervisor, Aquatics Manager, Assistant Director of Aquatics, and in 2016 he spent time gaining experience as Interim Director of Aquatics. During his tenure, and while obtaining his degree in Occupational Safety & Health, Szydloski played a pivitol role in assisting GWL earn 2 Gold and 9 Platinum Awards issued by Jeff Ellis & Associates. He also led the resorts safety operations mitigating and handling general liability and workers compensation claims. In 2018, Szydloski departed Great Wolf Lodge and started a new role as Director of Aquatics at Epic Waters Indoor Waterpark in Grand Prairie, TX. As Director of Aquatics he oversaw the properties transition of 150 lifeguards from Red Cross to Ellis & Associates. Since the transition, the water park has been audited by Ellis & Associates 5 times and have proudly scored at an exceeding level each time. While working at Epic Waters Szydloski later served as the Director of Operations overseeing all operating departments. As of August 2020, Szydloski has served as Waterpark Director with Kalahari Resorts & Conventions in Round Rock, TX. This resort includes 975 guest rooms, 200k square feet of convention space, and a 223k square foot indoor water park.