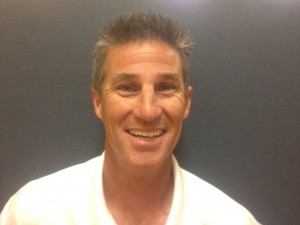 Speaking about Marketing 2022 – Getting Back On Track

Johnny Blevins began his post educational career as a public school teacher and tennis coach, an aquatic director and aquatic personal trainer in a private hospital setting before becoming a regional director of sales and marketing for NAYA Canadian Spring Water. In 1999, he began working for SoBe (South Beach Beverage) brand as a representative for the central U.S. In recognition for his use of creative marketing techniques, and bundling items together for increased brand awareness, Blevins was awarded the 2002 Pepsico President’s Ring of Honor in a New York ceremony. In 2005, he began work on his personal project of Splash Kingdom Family Waterpark in Canton, Texas. The initial facility opened for its inaugural season in June of 2006. In 2010, Splash Kingdom purchased a second location in Shreveport, La., then build another ground up property in Hudson Oaks, Texas in 2013. Splash Kingdom currently operates 5 locations across Texas and Louisiana. Blevins also owns and operates P23 consulting group to help clients design and develop new parks and increase their revenue potential. Recent projects include Typhoon Texas, located in Katy, Texas who chose Blevins as their construction and operations consultant for the impressive project and in 2021, P23 group worked with the City of El Paso, Texas to open 4 new waterparks for the inaugural season.
Always searching for new and better ways to increase guest experience and improve facility profitability, Blevins was co-founder of Splash Radio in 2008. This product provides a fully customizable radio experience for its waterpark clients, while helping them increase revenue through sponsorships and in-park marketing. This product is now heard in 100+ waterpark facilities across the country and several hundred school districts and colleges under the Neptune / “Game Time” brand. Splash Kingdom has won more than 25 World Waterpark Association awards over the past 16 years for excellence in marketing and advertising efforts. In 2011, Splash Kingdom was honored to receive the Industry Leadership Award from the WWA in New Orleans. The WWA’s Board of Directors also named Blevins as the 2012 recipient of their Executive Board Award. Blevins also received the inaugural 2014 Community Builder Award for Canton, Texas, Entrepreneur of the Year for Parker County, Texas and currently serves on the board of directors for Educators Christian Fellowship, as well as the Texas Travel Alliance. He recently celebrated 32 years of marriage to his wife Marci; they have a son, Brett (25) and a wonderful new daughter-in-law, Meggan. Blevins holds a B.S. in education and kinesiology. He is AFO and CPO certified, as well as a lifeguard instructor for the Jeff Ellis & Associates program.