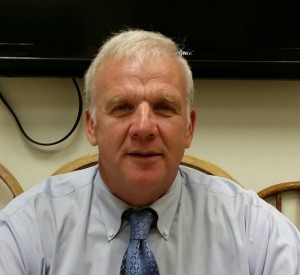 Steve Tasch received a Bachelor of Arts degree in economics, from Lawrence University with honors, in 1977 and a Juris Doctorate degree with honors (Law Review) from John Marshall Law School in 1984.  Prior to and subsequent to attending law school, Tasch was a shareholder in Associated Claim Service, Inc., an independent insurance adjusting firm. He was affiliated with Associated Claims Service, Inc., for over ten (10) years, investigating significant claims, including product liability matters involving automobiles, motorcycles, and ATV’s. After graduation from law school in 1984, he was engaged in insurance defense as a trial lawyer. For over thirty (30) years, he has been responsible for cases involving product liability and comprehensive general liability matters, and has substantial experience pertaining to claims relating to the amusement and motor sports industry. In his years of service working on amusement related matters, he has attended and participated in and many safety seminars for Amusement Industry Manufacturers and Suppliers International (AIMS), a trade association of manufacturers and suppliers of the amusement industry; and for the Skycoaster Safety School and ITT Product Liability Tool Shop Seminar.  Tasch has trial and appellate experience, and is admitted to practice, including the trial bar, before the U.S. District Court for the Northern District of Illinois and the State of Illinois; he has an application pending for the State of New York. Tasch has been admitted pro hac vice in numerous jurisdictions including various federal district courts in the United States. He has tried cases outside the State of Illinois including California, Pennsylvania and Florida. In addition to his involvement as a trial attorney, with the amusement industry and motor sports claims, he has extensive background in recreational law, coaching and community involvement. Tasch was the legal and insurance representative for the Fox River Grove Recreational Counsel for eight (8) years; he has coached in recreational leagues and middle school teams for over eighteen (18) years, including boys and girls basketball; soccer; baseball and at the travel level for both boys and girls basketball.  Tasch has been the Co-Athletic Director for the SS. Peter & Paul School located in Cary, Illinois that participates in the Northwest Suburban Catholic league. He has served as a municipal representative for the Village of Fox River Grove, including Village President for eight (8) years, elected representative on the Board of Trustees for four (4) years; and appointed official for the Planning Commission for four (4) years. He has also been a member of the Fox River Grove Lions Club.