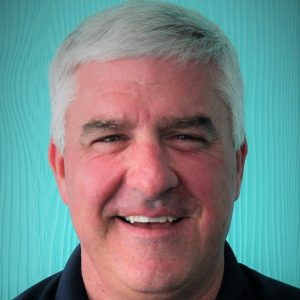 Ron Morander’s passion for individuals with special needs is evident by his commitment to his work as CEO of Morgan’s Wonderland – the world’s first theme park designed with physically, and intellectually, challenged children and adults in mind and built for everyone’s enjoyment – and through his activities and support of the many organizations that serve the special-needs community. Born and raised in West Hartford, Conn., he was the oldest of five children. After high school, Morander played baseball for Arizona State University. His college success attracted scouts from several Major League Baseball teams and a brief minor league career with the St. Louis Cardinals. Following his tenure with the Cardinals, Morander headed for Crotched Mountain, a rehabilitation center for multiply-challenged children, then on to Dallas, Texas, to the YMCA in sports and youth development roles, and back to the Northeast where he was highly involved in the community and coaching youth sports. He served as General Manager for multiple indoor sports and entertainment centers. In 2011, a move to San Antonio and the good fortune of meeting Morgan’s Wonderland founder, Gordon Hartman, solidified a great opportunity to really make a difference. Under Morander’s leadership, Morgan’s Wonderland has experienced impressive growth with the addition of Morgan’s Inspiration Island splash park in 2017; Morgan’s Wonderland Sports complex, opening in fall 2020; Morgan’s Wonderland Camp, opening in early 2021; and the Multi-Assistance Center at Morgan’s Wonderland, scheduled for opening in 2022. All these entities were designed to be ultra-accessible™ and fully-inclusive. Since debuting in 2010, Morgan’s Wonderland has welcomed 1.9 million guests from all 50 states and 76 other countries. In 2017, Morgan’s Wonderland and Morgan’s Inspiration Island earned Park of the Year recognition from Amusement Today.  Morgan’s Inspiration Island also received the 2017 World Waterpark Association Leading Edge Award, USA Today Readers’ Choice Award for best new water attraction of 2017 and inclusion in TIME Magazine’s listing of the world’s 100 greatest places. Morgan’s Wonderland and Morgan’s Inspiration Island have been rated among the “Top 25 Amusement Parks” by TripAdvisor.com, and the parks have been featured on national television (ABC, CBS, Destination America, The Hallmark Channel, etc.), and they are revered as San Antonio’s most diverse and inclusive employers. As CEO of the newly-formed Morgan’s Wonderland Inclusion Foundation, Morander leads a team that will support not only Morgan’s Wonderland and Morgan’s Inspiration Island but all the new Morgan’s Wonderland-associated ventures. In his spare time, Morander enjoys participating in events benefiting those with special needs. As much as his schedule will allow, he loves playing in charity golf events and coordinates Morgan’s Wonderland’s support of the Valero Texas Open “Champions Fore Charity” fundraiser. In 2015, he served as one of the torchbearers for Special Olympics’ World Games and raised funds multiple times for the “Brave the Shave” campaign benefitting St. Baldrick’s Childhood Cancer Research. Morander and wife, Sandy, have been married 36 years. They have two great adult sons, a fabulous daughter-in-law and, finally, a super-cute, super-smart and lovable grandson, Colton.