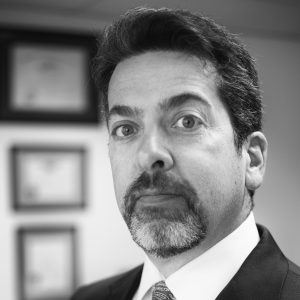 Paul F. Cavanaugh has been a partner in Daly Cavanaugh LLP since 1997. He has been admitted to practice before the courts of Massachusetts since 1992 and the courts of New Hampshire since 2006. He is also admitted to practice before the U.S. District Court, District of Massachusetts (1993), the U.S. Court of Appeals, First Circuit (1999) and the U.S. District Court, District of New Hampshire (2006). Cavanaugh received a bachelor of science degree, with distinction, from Babson College in Wellesley, Massachusetts in 1986. After working at Fidelity Investments in Boston, Cavanaugh studied law at Fordham University School of Law (J.D., 1992) in New York City and Boston University School of Law (1991-1992) in Boston, Massachusetts. While at Fordham, Cavanaugh was a member of the Fordham Urban Law Journal. Cavanaugh is a member of the New Hampshire Bar Association and the International Amusement and Leisure Defense Association (IALDA). He serves as an officer of the Alliance of Massachusetts Amusement Businesses and Attractions (AMABA) and a board member of the New England Association of Amusement Parks and Attractions, Inc. (NEAAPA). Cavanaugh was a principal of and general counsel to a network of Dunkin Brands’ franchises on the west coast of Florida, 2007- 2019. Cavanaugh’s legal practice encompasses both litigation and business counseling. He has tried cases representing both plaintiffs and defendants in state and federal courts in Maine, New Hampshire and Massachusetts. Many of the litigation and non-litigation matters he handles are in the areas of insurance defense, subrogation, insurance law, personal injury defense, admiralty and maritime law and contracts. In addition, he regularly advises and represents clients in matters involving business issues, corporate formation and governance, real estate purchases, sales and leasing and government regulation and legislation.