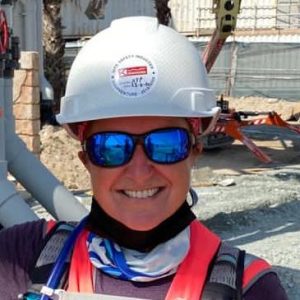 Speaking about I Got To Build My Own Waterpark

Olivia Wyrick began her career 23 years ago with her first job ever as a lifeguard at Wet’n Wild Emerald Pointe Waterpark. Over the course of many summers to follow, she worked her way up from Shallow Water Lifeguard to Special Facilities Lifeguard, Ellis & Associates Instructor and then onto the leadership team as an Aquatics Supervisor, eventually becoming head supervisor shortly after. She was then promoted to full time Aquatics Manager in 2005. In 2009, Wyrick made the move to Great Wolf Lodge and was part of the pre-opening team for the Concord, N.C. location, also taking on the role of Aquatics Training Manager. Through her management role at Great Wolf, she continued her passion for managing waterparks, and was introduced to resort operations as well. In October 2009, Wyrick was offered a life changing opportunity and found herself moving to Dubai to become an Operations Manager for Atlantis The Palm’s Aquaventure Waterpark. As a manager she oversaw the operation of the waterpark, along with the resort’s 2 main pools and beaches and managed a multi-cultural staff of more than 350 unique individuals from all across the globe. She became involved with resort operations as well, playing a large part in the risk management and guest service relationship between the waterpark and resort. She was promoted to Director of Operations in February of 2014, taking on more of the financial and business aspects of the waterpark, while still being active in the operation itself. During her time at Aquaventure, Wyrick was involved with 4 expansion projects within Aquaventure. Her final project would be the Phase 3, “Triton Tower” expansion in which Aquaventure grew with the addition of 28 slides, an action river and an additional 200 meters of beach activation. Her involvement with the project began in 2018 with design and development followed by boots on the ground at the end of 2019 when the project began on site. Over the course of 2020, Wyrick immersed herself into the project being very hands on and involved with the day to day build. On March 1, 2021, “Triton Tower” successfully opened welcoming guests to a brand new experience and variety of thrills and rides. From here, her desire to build again became her new passion. In May 2021, after 11 and a half successful years at Aquaventure Waterpark, Wyrick followed her new found passion of building waterparks and joined on to Saudi Arabia’s upcoming Mega Projects as the Director of Operations and Aquatics for Qiddiya Waterpark. In Wyrick’s new role, she is currently involved with the design and development phase of what will be the world’s most up and coming waterpark bringing iconic rides and attractions to both the Middle East and the waterpark industry. She is looking forward to once again putting on her hard hat and boots and bringing to life what will be one of the world’s largest waterparks.