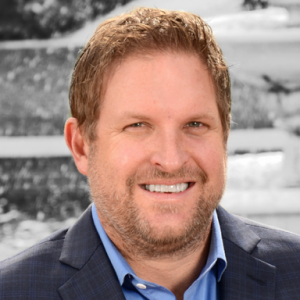 Speaking about A Day In The Life Of A Waterpark Operator

Mike Oswald leads MR-ProFun’s attraction management practice as Managing Partner, Management Services. His oversight includes pre-opening, on-going operations and on-site teams for a broad array of projects including theme parks, waterparks, observation attractions, location-based entertainment projects and other large venues. His original engagement with MR-ProFun kicked-off in 2008 with his placement as General Manager of Yas Waterworld Abu Dhabi, a joint venture inclusive of MR-ProFun that became Farah Leisure, where he worked until 2013. Oswald returned to the U.S. in 2014 to rejoin MR-ProFun as Executive Vice President, bringing his 20 years of attractions industry leadership to the team. He was soon promoted in 2016 to Chief Operating Officer, followed by an appointment to his current Managing Partner role in 2018. Oswald spent five years in Abu Dhabi, UAE, working as General Manager for two of the regions’ top attractions, Yas Waterworld and Ferrari World. He led the Yas Waterworld operations team through the feasibility and design process, and ultimately its January 2013 opening. He then added the role of General Manager for Ferrari World to his position in 2013 and went on to lead both park teams to record attendance and revenue goals, as well as numerous industry accolades. In 2013, Yas Waterworld was recognized by the Los Angeles Times as the 2nd best waterpark in the world, a trend that would continue in 2018 with recognition as the #1 waterpark in the world by the respected World Travel Awards. Oswald’s affinity for waterparks dates to 1991 when he started his career as a part-time lifeguard and quickly ascended to become Manager of the Admissions and Rental departments at Raging Waters in California. In 2003, he joined Southland Entertainment as the Operations and Maintenance Manager and gradually worked his way up to be appointed General Manager of Alabama Adventure, a position he held until 2008. In this role, he led the park’s return to profitable operations and eventually guided its sale to Adrenaline Family Entertainment.