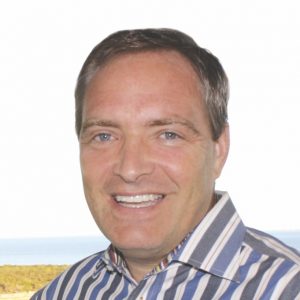 Board Advisor, School of Hospitality Management

In 2021, Mark Rucker launched The Golden Company, LLC, which provides Senior Advisory and consulting services predominately in the hospitality industry, including theme parks, resorts and retail, dining and entertainment districts. It is also the business that oversees his authoring, publishing and public speaking endeavors. In 2020, Rucker joined the University of Missouri as a Board Advisor in their school of Hospitality Management, where he began writing his first two books. The prior three years he was SVP of Operations and an Executive Leadership Team member with Great Wolf Resorts (GWR), leading three areas: the western U.S. Operations teams; establishing corporate roles for Rooms, Engineering & Aquatics lines of businesses and implementing new enterprise-wide business processes and standards; and, leading the Operations Development team to support the U.S. new business growth strategy, including the opening of four lodges. Prior to this time, he had a fulfilling and successful 32-year career working globally in Walt Disney Parks and Resorts (WDP&R) and regionally at the Walt Disney World Co. (WDW). During that time, Rucker rapidly moved through fifteen different roles with ever-increasing responsibilities. The various roles included global VP of Experience Planning & Integration, VP of Park Operations, Lodging and Operations Systems Integration while at WDP&R. Some accomplishments included the product launch of Disney’s MyMagic+, the planning and opening of new parks and resorts, the expansion of existing assets worldwide and the driving of countless corporate initiatives. Other executive roles in earlier years included VP-Park Operations, Director-Resort Room Operations, GM-Park Operation at Epcot, Director-Transportation and Resort Support and GM-Water Parks & Recreation while at WDW. Rucker is a graduate of the University of Missouri, where he majored in industrial engineering and later earned an MBA while working at Disney. Rucker was a past Board of Director with AH&LA, WWA and Clean the World, and a past President and Board of Director with IIE’s Central Florida Chapter. He currently live in beautiful Golden, Colo. with his wife Stephanie. When he’s not consulting, you can find him babysitting his granddaughter, writing a new book, hiking, skiing and enjoying all that the Colorado outdoors has to offer.