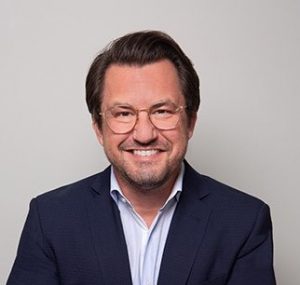 As President and CEO of Visit San Antonio, Marc Anderson is a leading figure in San Antonio’s $15.2 billion hospitality industry, the third-largest business sector in the community. San Antonio ranks as the top tourism destination in the state of Texas, attracting more than 40 million visitors in 2019. Anderson, who joined Visit San Antonio in May 2021, has nearly three decades of experience in the tourism and hospitality industry, including work in global sales, marketing, public relations and e-commerce. For six years before heading to Texas, Anderson was Chief Operating Officer for Choose Chicago, the sales and marketing entity for the City of Chicago, and McCormick Place, the largest convention center in North America. When he arrived at Choose Chicago in 2015, he implemented a short-term leisure and group marketing strategy that dramatically increased short-term business in a 36-month window for McCormick Place and city hotels. Most recently, Anderson was critical in the rebuilding of Chicago’s hospitality industry by designing and implementing a tactical COVID-19 Recovery Plan that included dynamic sales, marketing and media relations initiatives to generate new short-term group and leisure opportunities. He is introducing a similar proactive strategy in spearheading the rehabilitation of San Antonio’s impactful travel landscape. Anderson, a graduate of Drake University, owns extensive international experience, promoting the United States as well as developing new territories with influential relationships in Canada, China and the Middle East. Prior to Choose Chicago, Anderson was the Regional Director of Marketing for The Peninsula Hotels, for which he oversaw the regional sales, marketing, public relations and e-commerce office for all the company’s business development in the Midwest and Canada. Anderson is currently on the Board of Directors for the United States Travel Association (USTA), an Executive Committee Member of the Meetings Mean Business Coalition, co-Chair of the USTA CEO Roundtable and is a member on Destination International’s Equity, Diversity and Inclusion Committee. In addition, he was recently elected to the Board of Directors of the American Society of Association Executives (ASAE). In September 2018 and October 2019, he was named one of the Top 500 Leaders in the Events Industry/Top 20 DMO Leaders in North America. Anderson has completed Executive Edge programs with The Wharton School at the University of Pennsylvania and Rotman School of Management at the University of Toronto. Anderson and his wife, Brooke, are parents to college-age daughters, Avery and Lily. They all join him in relocating to San Antonio.