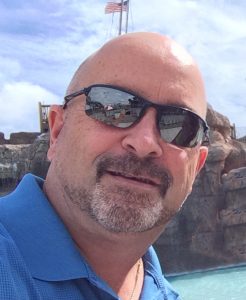 In 2005, Lou Cirigliano, Jr. took over the operations of Breakwater Beach Waterpark. In 2009, Breakwater Beach was the recipient of the WWA’s Kelly Ogle Memorial Safety Award. In 2010, 2011 and 2012, Breakwater Beach was chosen as one of the best family attractions in Ocean County, New Jersey by readers of the Asbury Park Press. Breakwater Beach was also voted favorite family attraction in 2011 by readers of NJ.com in an online poll. Cirgiliano proudly served on the WWA Board of Directors from 2011 until 2013 and was the treasurer from 2012-2013. He was promoted to Director of Operations of Casino Pier and Breakwater Beach on October 1, 2012 and was quickly put to the test after tragedy struck due to Superstorm Sandy. Cirigliano resigned from the board to concentrate on the recovery efforts as Casino Pier was the “face of the storm” on the Eastern seaboard. Their roller-coaster, “The Jet Star,” fell into the Atlantic Ocean with 5 other major rides, with most of their pier and boardwalk damaged beyond repair. In 2014, 2015 and 2016, his properties (Casino Pier and Breakwater Beach) won favorite outdoor amusement in Ocean County from the readers of the Asbury Park Press. Cirigliano has been an instructor on the WWA University: Ready, Set, Go! A Guide to Getting Started Workshop panel for several years, sharing his waterpark experiences and inspiring new waterpark operators. No stranger to public speaking, he has participated in many WWA educational programs as a presenter as well, and has served on the WWA’s Government Relations Committee. Cirigliano was honored with an Executive Board Award from WWA in 2016. Cirigliano is a proud graduate of Rutgers University in 1986, and currently lives in Middletown, New Jersey with his daughters, Taylor & Allie.