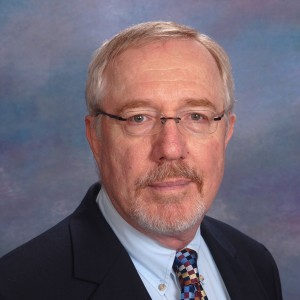 David J. Daly is the Managing Partner of Daly Cavanaugh LLP since 1997. Mr. Daly is admitted to the bars of the following courts: Commonwealth of Massachusetts; the U.S. District Court, District of Massachusetts; the U.S. Court of Appeals, First Circuit; the U.S. Court of Appeals, Fourth Circuit; and, the United States Supreme Court. Daly graduated from the College of the Holy Cross and spent his junior year at the Institute of European Studies, Paris, France. He received his Juris Doctor from Suffolk University Law School. Daly has held several elected or appointed positions. He was a founder of the National Retail and Restaurant Defense Association (NRRDA); Member of the Board of Directors and Past President of both the New England Association of Amusement Parks and Attractions, Inc. (NEAPPA) and the International Amusement and Leisure Defense Association (IALDA); President and a director of the Alliance of Massachusetts Amusement Businesses and Attractions, Inc. (AMABAA); and formerly an appointed member of Massachusetts Amusement Advisory Board. He was chairman of the board and a principal of a network of Dunkin Brands’ Franchises on the southwest coast of Florida. He was a Selectman in the Town of Wellesley, Massachusetts from 1987 to1990. He was a board member of the Saudi Arabian International School – Riyadh, Saudi Arabia in the early 1980s and a United States Peace Corps volunteer in Afghanistan from 1969-1971. Daly belongs to several organizations including the Alliance of Massachusetts Amusement Businesses and Attractions, Inc. (AMABAA); National Association of Subrogation Professionals (NASP); International Amusement and Leisure Defense Association (IALDA); ASTM International; Outdoor Amusement Business Association (OABA); Norfolk County Bar Association and the National Bond Claims Association. In Daly’s practice he concentrates on the following: Civil Litigation; Personal Injury Defense; Insurance Defense; Subrogation; Franchise Law; Amusement and Entertainment Law; Admiralty and Maritime Law; Construction Law; Products Liability; Fidelity and Surety Law.