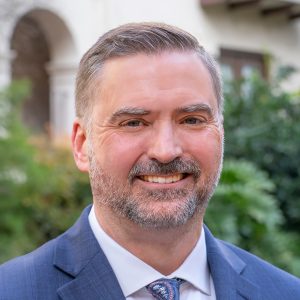 Speaking about Deep In The Heart Of Tourism And Travel Trends

For nearly three decades, Dave Krupinski has been an impact player in the destination management organization, hotel and transportation sectors. Currently, as the Chief Operating Officer of Visit San Antonio, he helps oversee a tourism landscape that welcomes 41 million visitors annually. In San Antonio, the seventh-largest city in the country, Krupinski assists in overseeing the sales, service and marketing of a $15.2 billion hospitality industry. His versatility and deep passion for what he does includes proactive roles with the U.S. Travel Association, National Tour Association, American Bus Association, Texas Travel Alliance and Student Youth Travel Association, along with several civic engagements in San Antonio. Under Krupinski’s watch over the past eight years, San Antonio has been celebrated in headline publications such as Forbes, Travel + Leisure, USA Today, Conde Nast, New York Times and Lonely Planet as one of the nation’s most desirable travel destinations. Krupinski was part of Visit San Antonio’s partnership in the successful 2015 bid for World Heritage Site status for its historic Spanish colonial missions, including the Alamo, and has complemented the city’s ongoing and aggressive efforts to evolve its air service. Krupinski has been a spearhead in the expansion of co-op marketing and direct-to-consumer campaigns with valued hospitality partners; in the successful 2016 transition of the San Antonio CVB, a municipal entity, to Visit San Antonio, a public-private nonprofit; and in the $325 million transformation of the Henry B. Gonzalez Convention Center, the largest infrastructure upgrade in the city’s history. He is a graduate of the University of Toledo, where he earned a bachelor of science degree in individual studies, hotel/restaurant administration. Krupinski and his wife, Karen, are parents to son Zachary, a businessman in San Antonio. In his spare time, he and his family enjoy whitewater rafting excursions and traveling to unique destinations around the country.