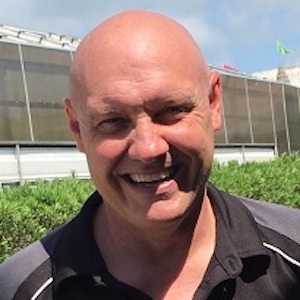 Connan Campbell is the Western Regional Sales Manager of the Recreational Water & LSS for ProMinent Fluid Controls. His career in aquatics began as a lifeguard in 1984 and he quickly worked his way up the ranks. In addition, for twenty-one years, he was a firefighter/paramedic who also specialized in swift water rescue. After retiring from the fire service, he came back to aquatics as an aquatic director in a small city for nine years. There he was ARC-WSI, LG-IT, a state aquatics regional representative, and held CPO certifications. He then went to work as an Applications Specialist for an aquatic equipment distributor. There, he did sales, installation, and service of controllers, UV, chemical pumps, heaters, and filters. In his role as an Applications Specialist, he added and maintained AFO-I certification. Campbell lectures frequently on the local, state, and national level.