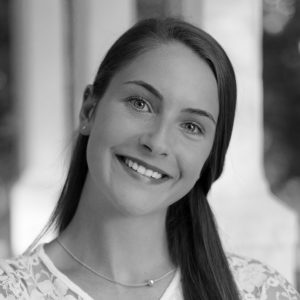 Clodagh (Chloe) M. Lane has been an attorney at Daly Cavanaugh LLP since 2021. Lane is admitted to practice before the courts of the Commonwealth of Massachusetts, the United States District Court for the District of Massachusetts and the United States Court of Appeals for the First Circuit. Lane received a bachelor of arts degree in international studies and Chinese from Boston College. She has studied Mandarin for eight years, including in Beijing, China. She has also spent time abroad studying in Venice, Italy and visiting family in Ireland. After her graduation from Boston College, Lane completed a year of service in Austin, Texas with the Jesuit Volunteer Corps as a family case manager. Lane received her law degree from Northeastern University School of Law, completing concentrations in business and commercial law and international business law. Throughout her three years at Northeastern, Lane worked as a law clerk at Daly Cavanaugh LLP. During law school, Lane served as a judicial intern in the chambers of the Honorable Norman H. Stahl at the United States Court of Appeals for the First Circuit in Boston, Massachusetts. Additionally, Lane completed internships with the General Counsel of a non-profit impact investment firm, with the Proxy Voting and Governance Research Team at a global financial services company and at the Boston office of a national commercial litigation firm. As a first-year law student, Lane volunteered with the Legal Assistance to Victims Project, interviewing and devising legal strategies for survivors of domestic violence. Lane’s practice concentrates on civil litigation, subrogation, personal injury defense and estate planning. In addition, Lane regularly advises and represents clients in matters involving business issues, corporate formation and governance, employment law and government regulation and legislation.