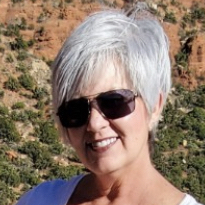 Speaking about Use Of Technology For Hiring, Onboarding & Staffing Management

Cathy Lawson is currently the General Manager of Wings and Waves Waterpark in McMinnville, Oregon.  She has extensive experience in public and private waterpark operations and park openings throughout the west coast.  She started in the world of municipal aquatic recreation facilities and moved to waterparks in 2009.  She has a deep love for the world of waterparks and aquatics. Lawson is continually called upon to train, develop and mentor leaders across the United States.  She has been a part of some of the most exciting waterparks such as Wet’n’Wild in Las Vegas and Phoenix, Seven Peaks in Provo Utah and Wings and Waves Waterpark. She has managed teams from 100 to 500 employees throughout her tenure. She is CPO certified and has maintained her ILTP Instructor with Jeff Ellis & Associates since 2009 and has been an Instructor Trainer since 2013.