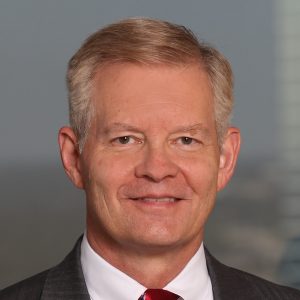 Bryan T. Pope is an attorney with the Waddell Serafino Jenevein firm with offices in Dallas, Houston, Phoenix and Las Vegas. He has been defending the amusement industry for over 35 years including water parks, theme parks, family entertainment centers, carnivals, roller skating rinks, bowling centers and other amusement and leisure attractions. He has been recognized as having special competence by the Texas Board of Legal Specialization when he became Board Certified in both Personal Injury Trial Law and Civil Trial Law. He has also been named a Texas Super Lawyer for the past 14 years and is AV Preeminent Rated (Highest Rating for Ability and Ethics) by Martindale Hubble. He is a former President and current Board Member of the International Amusement and Leisure Defense Association (IALDA). He is also a member of the ASTM F24 Committee on Amusement Rides and Devices and IAAPA. In addition to previously presenting at the World Waterpark Association annual meeting, he has spoken at the annual IAAPA Educational Convention, the International Aquatic Safety School, the Amusement Industry Manufacturers and Suppliers International (AIMS) safety seminars, Roller Skating Association (RSA) meetings and the Bowling Proprietors’ Association of American (BPAA) annual meeting. Pope has tried numerous jury trials throughout Texas and is licensed to practice in State and Federal Courts within the State of Texas. He has also been admitted to practice before the Fifth Circuit Court of Appeals and the United States Supreme Court. He is a former Rotarian, School Board Trustee and School Board President; and former Officer of the Boys & Girls Club of Rockwall.